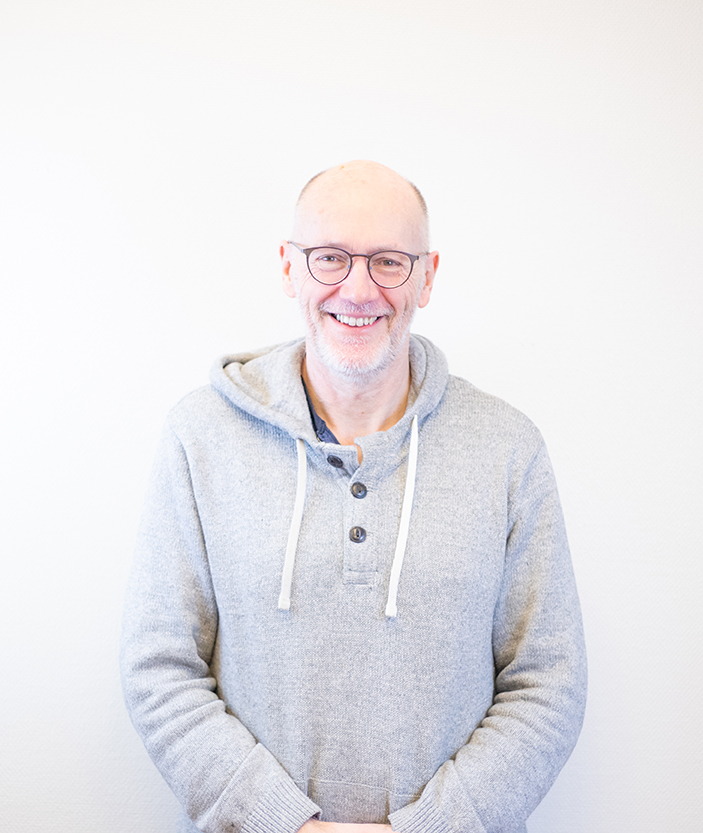 I teach English on the General Education program and I also work as part of the Communications Team where I help to produce material in English.

I was born in London and grew up there, although my family were all Scottish. That probably explains why when I finished school, I went to St Andrews University to study psychology. After gaining my degree I continued my studies in psychology, doing research in the brain and memory.

During my time in Saint Andrews I became a Christian and developed a strong interest in theology and biblical studies and eventually felt a call to the ministry. I trained for the ministry at Oxford where I took a degree in theology and after that I worked for 12 years as a Baptist pastor in London.

About 17 years ago I met and married a beautiful Swedish woman and, after living in London together for seven years, we moved to Sweden in 2012. After working as a personal assistant to people with special needs for five years I was received into the ministry of the Uniting Church in Sweden (Equmeniakyrkan).

About five years ago I discovered the Orthodox Church and became involved in the work of Sankt Ignatios as a teacher. At the moment I am studying for a magister’s degree at Sankt Ignatios/Stockholm School of Theology.

In my view education is not so much about putting something into people’s heads as drawing out the interest and ability that is already there.  A teacher is merely a window or doorway to a world of knowledge. My motto is “to live is to learn”.